Rafiek Mammon is the former Cape Times Arts Editor and previous Fleur du Cap Theatre Awards judge and Kunstekabinet member for the KKNK. His credits as writer/director/producer include ‘Woman in the Moon’, ‘That Crazy Little Thing 1 & 2’, the popular, critically acclaimed comedy series, ‘Let’s Mix It 1, 2 & 2.8GLX’ and ‘Let’s Mix It: The Samoosa Trinity’ & recently ‘Let’s Mix It: The Best of & More’. The highly praised musical revue, ‘Footsteps’ played to capacity houses and standing ovations for 11 weeks at The Theatre@thepavilion on the Waterfront. He also co-wrote and directed ‘Under the Influence of Love’ with Gary Naidoo for the Roxy Revue Bar, GrandWest Casino.

Gary Norman Naidoo has been entertaining audiences for 15 years since graduating from the University Of Cape Town in 2001 with a Performer’s Diploma.

He has performed in many live music shows such as ‘70’s Revolution’, ‘Motown Magic’, ‘That Crazy Little Thing 1 & 2’ and ‘That 80’s Show’. On the theatrical front, he has graced local and international stages IN Europe with two major productions, namely Taliep Petersen & David Kramer’s ‘Ghoema’ and the acclaimed ‘Fire Raisers’. More recently, he made his scriptwriting and directorial début with co-writer Rafiek Mammon with ‘Footsteps to Freedom’, which received rave reviews. 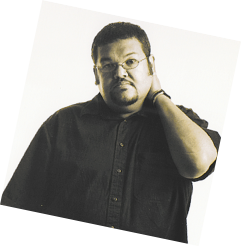 The two formed their company, GANARAMA Productions,and have since created a number of big shows that ran at the CTICC and in the Artscape Opera House to capacity (1500) people. GANARAMA Productions was a finalist in the Cape Talk/702 “Small Business Awards” in 2011.

Mammon is also a celebrated playwright. His first play, ‘Seashells’ was an immense hit, winning an Ovation Award at the Grahamstown Festival in 2012.His second play, ‘The Garage Sale’ ran to critical acclaim as the opening production of Artscape’s 10th annual Festival of New Writing in 2014. Before becoming a theatre maker he lectured in journalism at the Cape Peninsula University of Technology (CPUT). He is currently still teachinganArts Journalism elective to third year students at UCT in the Film and Media Studies Department. He was also the Education Manager for the SA Institute for Drug-Free Sport (SAIDS) from 2011 to 2015.

He holds a Master of Philosophy (M.Phil) degree in Modern Teaching Philosophies from The University of Stellenbosch, and a BA (Social Science) degree from UCT. He is presently a freelance playwright, theatre maker, editor, Arts journalist and columnist for The Cape Times & The Next 48hOURS. 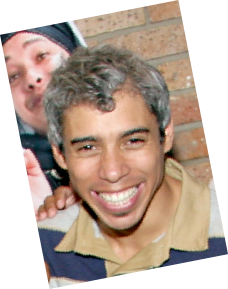 His latest ventures include the popular ‘Let’s Mix It’ brand for which he received great critical acclaim as an impersonator and versatile comedic performer. He also co-wrote and co-directed ‘Under the Influence of Love’ with Mammon for the Roxy Revue Bar at GrandWest. His writing and acting endeavours also include the rest of the ‘Let’s Mix It’ incarnations, which also played to critical acclaim in the Baxter Theatre and at Artscape.

‘Footsteps’ – a musical comedy about the “new South Africa” saw him playing a music/history teacher, and played to standing ovations at the Theatre@thepavilion for an unprecedented 11 weeks. Other credits include ‘007: A Musical Tribute to James Bond’, ‘Sonspel’ at the Artscape Theatre, and more recently he was seen as the lead in the acclaimed ‘Boogie-themed’ shows that were hosted at the CTICC from 2011 to 2014 and in the Artscape Opera House in 2015. Here, his versatility as actor, comedian, impersonator and singer was truly showcased, playing multiple roles to capacity crowds of 1500 per performance. 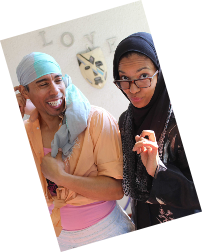 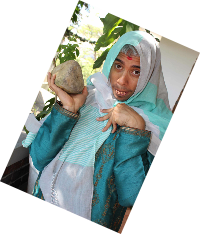 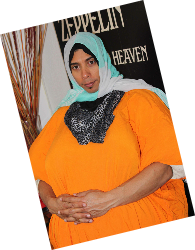 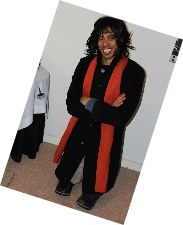